Health Minister Dr Zweli Mkhize said this is an increase of 145 cases from the previously reported cases on Saturday. The number of deaths still stand at 25.

He said the total number of tests conducted to date is 80 085.

The provincial breakdown is as follows: Gauteng has 865 confirmed cases, Western Cape with 587, KwaZulu-Natal has 443 confirmed COVID-19 cases. The Free State has 96, Eastern Cape 88, Limpopo 23, Mpumalanga 21, North West 19, Northern Cape 16 and the number of unallocated cases stand at 15. 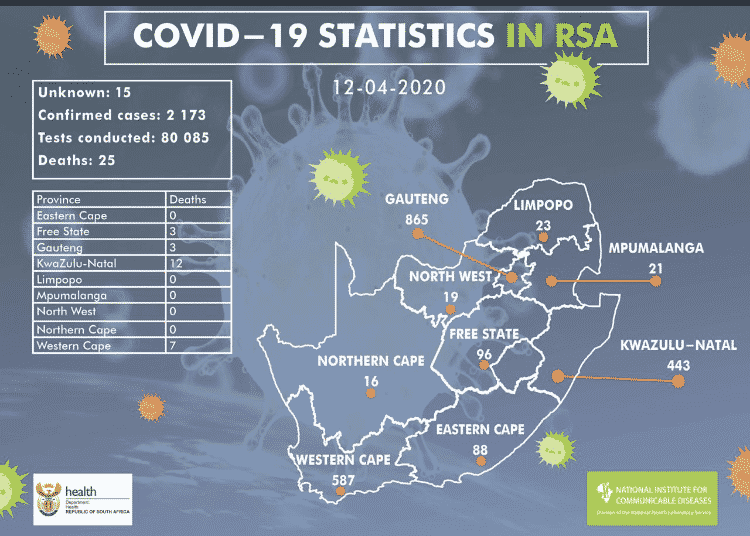 “The number of new infections is not increasing as much as it would’ve been. The borders have also been closed preventing new imported infections.”

The Minister said the regular washing of hands, social distancing and the wearing of mask needs to continue after the conclusion of the national lockdown.

This as the 21-day nationwide lockdown to curb the spread of COVID-19 has been extended by a further two weeks until the end of April. – SAnews.gov.za