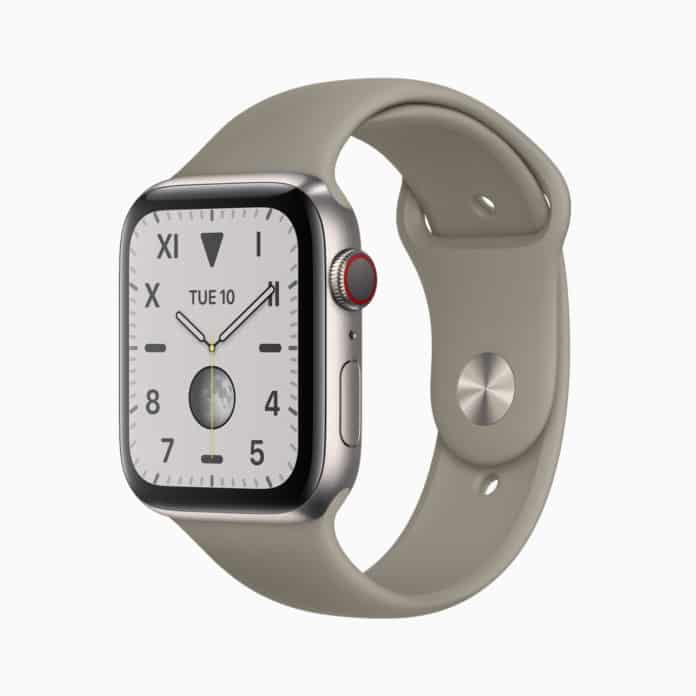 The new model has an Always-On Retina display that never sleeps, so it’s easy to see the time and other important information, without raising or tapping the display.

Combined with the power of watchOS 6, users are empowered to take charge of their health and fitness with new features like Cycle Tracking, the Noise app and Activity Trends.

The new built-in compass and updated Maps app allow users to see which way they are facing. With Apple Watch Series 5, customers can use the new Compass app to see heading, incline, latitude, longitude and current elevation. Users can even add one of three new Compass complications to their watch face to see direction at a glance.

For added personal safety while travelling, users with cellular models of Apple Watch Series 5 can now complete international calls to emergency services, regardless of where the device was originally purchased or if the cellular plan has been activated.

International emergency calling also works with fall detection, if enabled, to automatically place an emergency call if Apple Watch senses the user has taken a hard fall and remains motionless for about a minute.

Additional health and fitness features come with watchOS 6, including the new Cycle Tracking app, which gives customers the ability to log important information related to their menstrual cycles, and see predicted timing for their next period and fertile windows using the convenience of Apple Watch.

The Noise app helps users understand the ambient sound levels in environments such as concerts and sporting events that could negatively impact hearing. 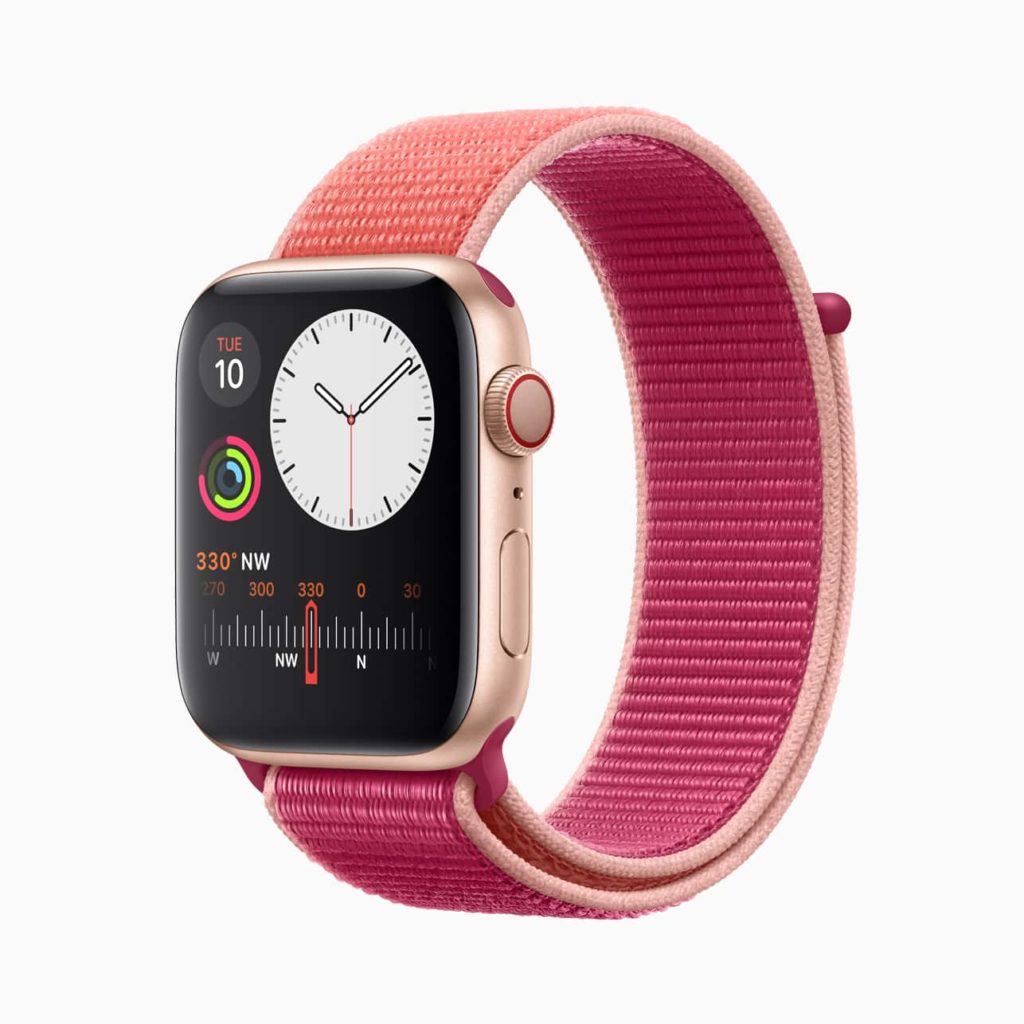