The analytics group Lightstone released a study showing that there were 375 electric vehicles that had been sold in South Africa as of January 2018.

The minister of transport, Blade Nzimande, updated that information in March 2019 and said that there are a total of 867 EVs registered in the country. The sudden rise in the number of electrically powered vehicles in South Africa can be the result of several trends that are currently taking place –and may keep the number of EVs growing.

Gauteng accounts for half of this total with 390 of the 867 registered vehicles, while in Western Cape there are 252. The rest is made up by the country’s remaining provinces with fewer than 100 vehicles in each of them.

This distribution is probably the result of the concentration of infrastructure needed for this type of transportation. As even though there are charging facilities are available in each province, Gauteng is the front runner with over 90 stations.

However, the adoption of electric transportation is bound to increase even more in the following years since public charging stations will become more available. These charging stations are said to be located along National Routes. Jaguar Land Rover is in charge of this ambitious plan.

The company has made a huge investment into “Jaguar Powerway”, a network of chargers which are developed together with EV charging service and Equipment Company GridCards.

The R30-million initiative will include 90 charging points, some of which will be located at shopping centres. 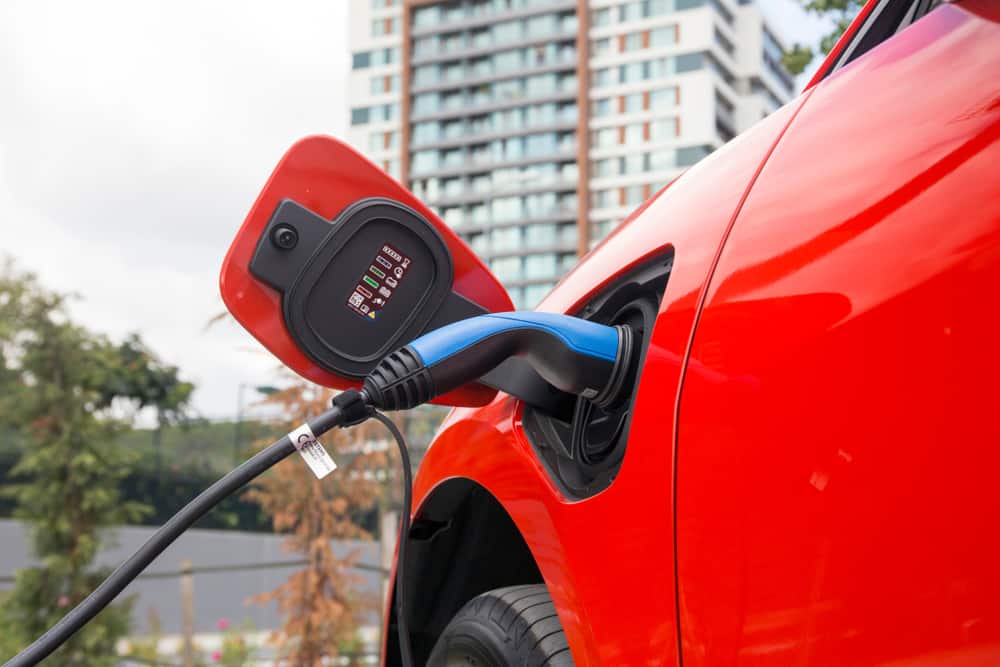 The installation of new charging points aims at closing the gap between South African cities.

Most of these stations on the public network will be 60kWh fast chargers, which means that a charge from 0 to 80% will take around 72 minutes.

Similarly, Nissan South Africa says that the company will start working on a focused pilot programmed this year to establish the necessary environment for the complete introduction of EVs and related technologies from 2020.

BMW has 57 ChargeNow charging stations in South Africa, six of which are shared with Nissan, and the groups are hoping to expand the base by adding an additional 30 ChargeNow stations to the South African charging network by the end of this year.

Infrastructure is important to accelerate the adoption of EVs, but a wide variety of electric cars available in the market is also necessary.

The first manufacturers to introduce electric vehicles in South Africa were Nissan and BMW with the Leaf and the i3 respectively. The Nissan Leaf was introduced to South Africa in 2013 and the company has confirmed that it is planning to roll out a brand new Nissan Leaf soon.

Two years later, the launch of the BMW i3 brought about a renewed interest in electric cars, so the sales of the Leaf experienced a sudden rise.

Even though the South African market already offers these two all-electric cars, the introduction of the entire electric car industry is on the way. More car manufacturers have announced their intention to enter the industry in response to global trends. In 2018, around 1.6M EVs were sold in the US, Europe and China. Manufacturers believe that South Africa has the potential to become a globally competitive EV market as well.

A brand new all-electric car has entered the local market early in March. After its global launch of electric cars last year, Jaguar Land Rover announced that it would be launching its own electric vehicle to the South African market in March 2019. And so it did.

Voted “Car of the Year” at the European Car of the Year Awards 2019, the Jaguar I-Pace has a Lithium-ion battery which can be topped-up with a range of flexible charging types like 7.4kW wall box units installed in homes, public chargers along the “Jaguar Powerway” and even regular household sockets, making charging the car more accessible to everyone.

A new car in the local market may cause another renewed interest in electrically powered vehicles, as it happened in 2015 with the introduction of the BMW i3. The I-Pace represents a new era of motoring in South Africa and, coupled with the company’s investment in the infrastructure, they have certainly paved the way for wider adoption of zero-emission vehicles.

As Christian Rennella, CEO of the online service QuotesAdvisor.com that compares car insurance prices, expressed electrically powered vehicles are in themselves an indispensible and natural development of the auto industry in the 21st century and the car insurance industry keeps up with this development. Christian estimates that the car insurance prices for EVs in South Africa will decline of 20% by 2020, as EVs will become less of a rarity, which causes prices to go down.

Moreover, there are some local government initiatives that foster the adoption of electric vehicles. These include the Automotive Production and Development Programme and the Green Transport Strategy. Whereas the former seeks to open up discussions related to EV imports and more infrastructure developments, the latter outlines efforts to contribute towards a 5% reduction of emissions in the transport sector by 2050. These two initiatives are part of the government’s plan to lower carbon emissions and reduce their dependency on fossil fuels. They considered that a switch to EVs is inevitable and essential.

The number of electric cars in the country has doubled over the last year and now, with development of infrastructure grid, new cars entering the market and government intervention, the uptake of EVs is only set to increase in the next five to 10 years.