When you buy barcodes in South Africa in order for them to work, you need barcode scanners.  A barcode scanner can be defined as a piece of electronic equipment that can capture and analyse data that is encoded in a barcode. It can be stationary or handheld.   A code scanner involves a scanner, a decoder (which can be either external or built-in) as well as a cable which joins the scanner with a computer.   The scanner can be connected to the computer via a keyboard port, a serial port or even an interface device (named a wedge). The way the barcode scanner functions is by aiming light onto the barcode and calculating the quantity of light that bounces back.  This data is then transported to a computer, which then analyses the data and translates it into words on the screen. 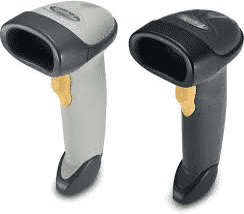 In addition to this cell phone cameras can also be used to scan barcodes.  This is most evident in Snapscan, which is an app which allows one to pay via your phone.  You use the app to scan the QR Code and start the process of payment.

The most popular type of barcode scanner is called the wedge or corded scanner.  It accounts for around 96 per cent of all barcode scanners used each year.

The options for programming will be different depending on how expensive and complicated the scanner is.

SA Barcodes is a proudly South African company who is happy to provide fully registered GS1 Barcodes at the best prices.  Our GS1 South Africa barcodes are used in stores throughout Southern Africa as well as all over the world.